Nestled in the quiet foothills and mesas of the east side of northern New Mexico’s Jemez Mountain lies the Manhattan Project National Historical Park (MPNHP), an area with seventeen “sites of importance” at Los Alamos National Laboratory (LANL), as well as thirteen sites in downtown Los Alamos. The County of Los Alamos was established specifically for supporting the building of the bomb that would eventually end World War II. Back then, LANL employed nearly 6,000 people; today it is a bustling campus of more than 11,000 employees, with a Department of Energy budget of $2.5 billion.

Like many National Parks, MPNHP is in a remote location. Forty-five minutes from Santa Fe, and a two-hour drive from Albuquerque, many of its employees live in those cities. But for decades, visitors to New Mexico have made their way to Los Alamos just to be in the location of the first atomic bomb’s creation. Our collective fascination with nuclear science, government secrecy, and a touch of the macabre makes Los Alamos a must for many visitors’ itineraries.

While Los Alamos would lack such great name recognition as a community without LANL, there are still myriad stories to be told about the people, the environment, and the history of the region that are often overshadowed by the more recent and dramatic past. From the first Native American inhabitants 10,000 years ago; homesteading and ranching in the 1800s; and the esteemed Los Alamos Ranch School, a prep school founded in 1917 that focused on outdoor life and skills and produced several notable American leaders—all of these stories usually get short shrift in comparison to the dominant atomic narrative. In 1942, the Department of War came knocking, and pushed the school and homesteaders out using eminent domain. And for most people, that’s where their understanding of Los Alamos history begins.

In 2016, Heather McClenahan, director of the Los Alamos Historical Society (LAHS), embarked on a renovation and expansion project of the Los Alamos History Museum. “The challenge was to take a beloved but dated community museum and make it into something new,” writes McClenahan. “Los Alamos has a complicated history, and residents are passionate about their stories and sensitive to the myths and history taken out of context [with regard to the Manhattan Project].” 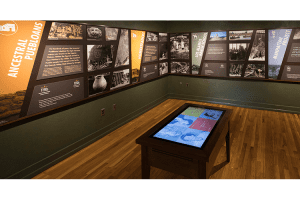 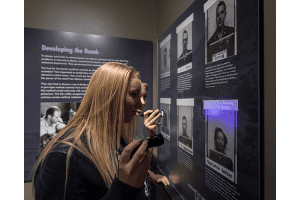 But just how do you create new exhibits mere miles from the site of the Manhattan Project, without feeling like it had to be the focus? “Few stories in world history are more complicated than the Manhattan Project and its role in World War II,” writes McClenahan. “But for our purposes, the stories of Los Alamos people—who they were, what they did, their ideas and thoughts as they took part in history—needed to be the focus of the museum.” McClenahan, armed with her small but mighty staff of four full-time and four part-time employees, a corps of twenty-five volunteers, and just over $900,000, created engaging new exhibits that don’t center on the Manhattan Project, but instead tell the stories of those in and around its orbit. Incorporating contributions from scholars and public meetings, the team transformed the museum from one where a narrative of white male scientific heroes dominated the story to one that revealed the experiences and contributions of women, Army personnel, Native Americans, and Latinos involved with the Project and contextualized this small three-year period within the region’s larger past. Today visitors can learn about ancestral Puebloan people, experience life at the Ranch School, and consider questions about scientific ethics during a comprehensive tour of Los Alamos history. 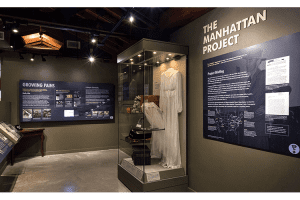 LAHS’s bold reinterpretation and renovation garnered a 2017 Leadership in History Award, but that wasn’t their only project to receive this recognition. The society garnered a second award (and the only other one from New Mexico), shared with Dr. Siegfried S. Hecker, for Doomed to Cooperate, a 972-page two-volume publication regarding post-Cold War Russian-U.S. relations. Through the papers, vignettes, and interviews of 100 Russian and American scientists, this important publication shares the previously untold story of the lab-to-lab collaboration of nuclear scientists from two enemy nations— Russia and the United States—“who reached across political, geographic, and cultural divides to confront, together, the new nuclear threats that resulted from the collapse of the Soviet Union,” writes Aimee Slaughter, LAHS museum educator and press outreach coordinator. “It presents the challenges to cooperation, the trust and true friendship built in collaboration, and the successes of the hundreds of people who came together to make the world a safer place.”

The Los Alamos Historical Society accomplished something truly noteworthy in 2017 by seeking to uncover the hidden history of their famous region. Two projects documenting life before and after the Manhattan Project brought accolades to the society, its small staff, and Los Alamos itself, by sharing history that had long been absent in the interpretation of this county. LAHS serves as a model for the field in two significant ways: as a site addressing controversial history, and as a museum that challenges one-dimensional understandings of the past in order to celebrate the contributions of diverse groups and earlier eras for shaping the foundation of the present.

This article originally appeared in the Autumn 2018 issue of History News, the quarterly publication of the American Association for State and Local History. For full issues of History News, please visit AASLH.org. 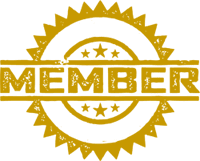